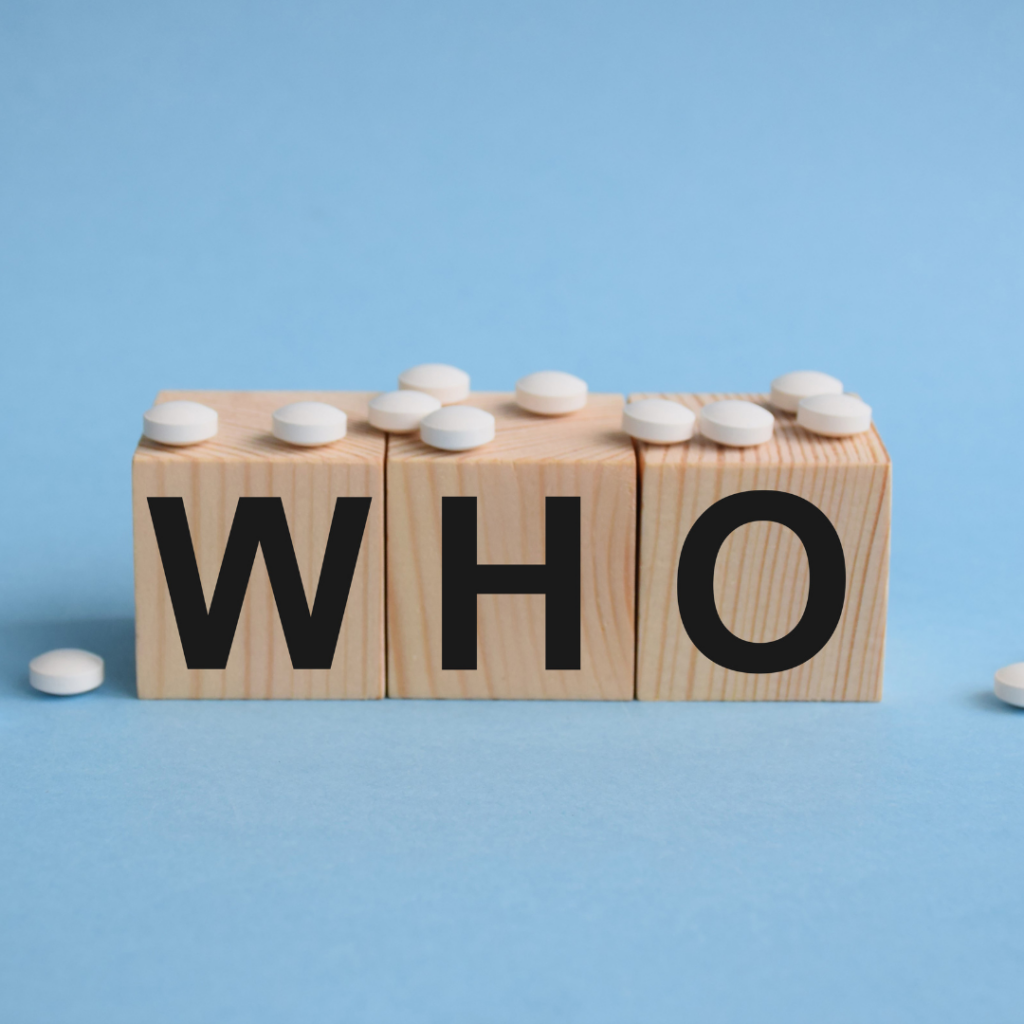 The World Health Organization (WHO) has recommended passengers on long haul flights wear masks in response to a sharp rise in Covid-19 infections in the US and growing numbers in Europe.

Made on Tuesday, the announcement was “a recommendation issued to passengers arriving from anywhere where there is widespread Covid-19,” said the WHO’s senior emergency officer for Europe, Catherine Smallwood. 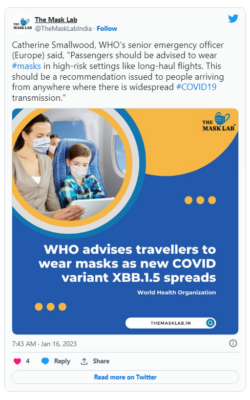 Increased detection of XBB.1.5, a subvariant of Omicron, has been noted in Europe, albeit in small numbers so far. In the US, there is a more rapid spread, with 27.6% of new cases since 7 January down to the new strain. The WHO has so far held back from advising testing for passengers from the US.

Considered five times more contagious than Omicron, XBB.1.5 is expected to cause widespread reinfection in people who have already had Covid-19. There is no evidence to suggest the subvariant is more deadly and current vaccines continue to prevent hospitalisations with the worst symptoms of the disease.

“Countries need to look at the evidence base for pre-departure testing” Smallwood added, urging countries to implement any measures “in a non-discriminatory manner.”

Possible steps include continued monitoring of COVID variant evolution and wastewater monitoring – as implemented in South East Asia following the lifting of Chinese travel bans. Covid-19 is surging in China, with infections predominantly caused by Omicron subvariants BA.5.2 and BF.7.

China’s reported numbers are suspected to be too low by some scientists, including within the WHO. The criteria for labelling a mortality a “COVID-19 death” in China is narrow and “not necessarily the case definition that WHO has recommended countries adopt,” said Smallwood.

Should you wear a mask?

For flights between China and the EU, the European Union Aviation Safety Agency (EASA) and the European Centre for Disease Prevention and Control (ECDC) also released advice on Tuesday. This included “non-pharmaceutical measures to reduce the spread of the virus, such as mask-wearing” for passengers, while authorities were urged to consider “testing of travellers, as well as monitoring of wastewater as an early warning tool to detect new variants.”

Other recommended actions include “random testing…on a sample of arriving passengers” and “enhanced cleaning and disinfection of aircraft serving these routes.”

The EU’s Integrated Political Crisis Response group (IPCR) – made up of officials from the EU’s 27 governments – put out guidance last week, also advocating random testing, as well as mask-wearing for all passengers on flights to and from China.

Covid tests for travellers from China are now being demanded by over 20 countries – Cyprus, France, Germany, Greece, Italy, Latvia, the Netherlands, Portugal, Spain and Sweden among them.