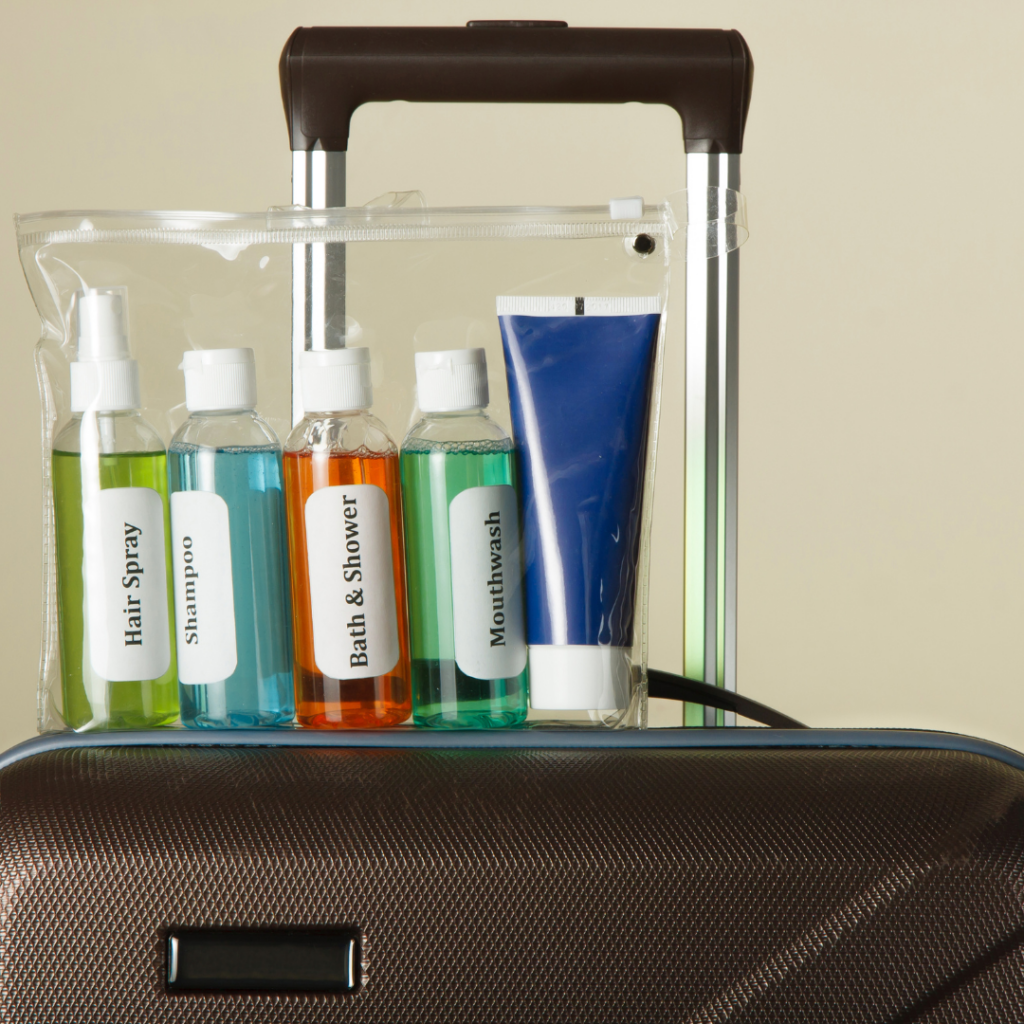 The introduction of 3D scanners at airports could mean passengers no longer have to remove liquids from hand luggage.

The UK government is considering installing the hi-tech scanners in airports around the country.

If the technology is rolled out, the security rules on taking liquids and laptops out of carry-on bags could be scrapped in the UK in 2024.

A final decision is yet to be made, but what could it mean for the future of air travel?

What are the security rules for liquids in hand luggage?

The current rules in UK airports require passengers to place all liquids into a clear plastic bag to pass through security.

Passengers are allowed to bring a maximum of one litre of liquid in containers of up to 100ml, though in practice most airports allow one plastic bag per passenger.

The plastic bag must be removed from carry-on luggage when passing through security checks.

The liquids bag must be placed in a tray along with any laptops or tablets.

These rules have been in place since November 2006.

Will security restrictions on liquids in hand luggage be lifted?

The UK government is considering deploying 3D scanners in airports in the next two years.

This would mean that passengers no longer need to remove their bag of liquids or laptops from suitcases when going through security.

The technology is similar to the CT scanners used in hospitals.

According to the Times, Britain’s major airports have been given a deadline of mid-2024 to introduce the hi-tech scanners.

Ministers are conducting a review and an official announcement is expected in the next few weeks.

The advanced technology has already been in use at London’s Heathrow airport since 2017.

It allows staff to zoom in on items in travellers’ luggage and rotate the images for detailed inspection.

“We have just started the expansion of the security area in Terminal 3 which will have more CT scanners and have a deadline of mid-2024 from the [Department for Transport],” Heathrow’s chief executive, John Holland-Kaye, told the Times.

“By then the normal passenger experience will be that liquids stay in bags.”

Why are there queues and delays at airport security?

Throughout the summer, airports across Europe were overwhelmed by traveller numbers due to travel restarting after pandemic restrictions.

Airports and airlines blamed lack of staff and too many flights a day.

Delays are often also exacerbated by passengers failing to take liquids and laptops out of their bags.

Are the security rules on liquids different around the world?

Earlier this year, the Transportation Security Administration (TSA) announced that millions of dollars are being invested into hi-tech airport scanners in the US.

The TSA said the technology would make passengers feel safer as it can better detect banned objects like weapons.

The agency added that it would also remove the need for travellers to take liquids and laptops out of hand luggage.

At the moment, however, these rules still apply.