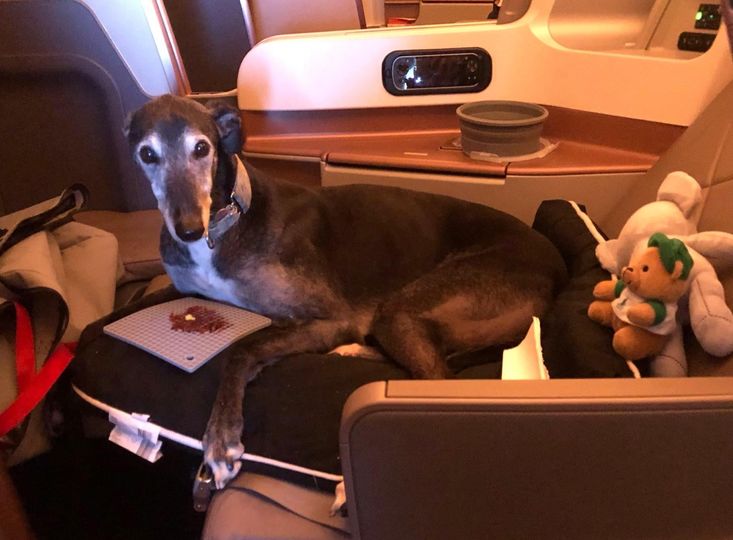 High-flying fido is upgraded from a kennel in the cargo hold to row 1 in business class. 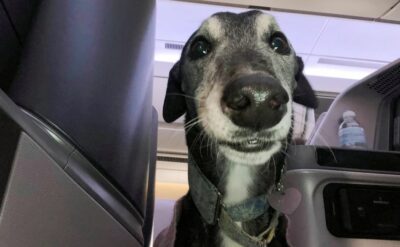 With Australia’s ban on international travel still in place, many airlines are flying near-empty jets down under – and for one jet-setting pooch, it meant being upgraded from a kennel in the cargo hold to his very own business class seat.

Meet Lewis, a former racing greyhound who these days takes a more laid-back approach to life. 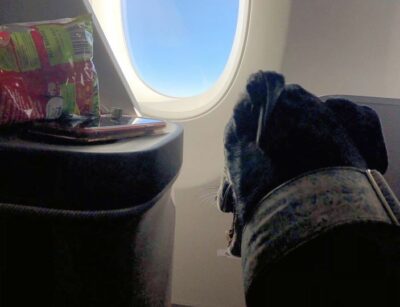 And when Lewis’ mum decided to move from Melbourne to Italy, he came along for the ride – in style.

With the Singapore Airlines flight reportedly almost empty, the airline let Lewis travel in the cabin alongside his favourite human. 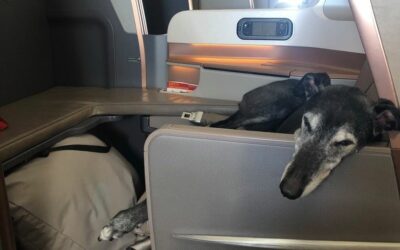 Lewis quickly made himself at home – in the first row of the business class cabin, no less, where there was ample room for his long legs. 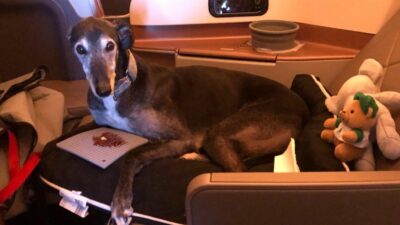 He even celebrated his birthday en route, which of course meant a cake and some treats provided by the crew. 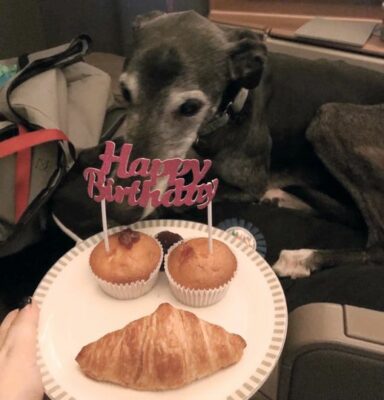 According to Greyt Greys Rescue, the SQ crew “said he was the best dog they’ve ever had, including fully-trained service dogs.” 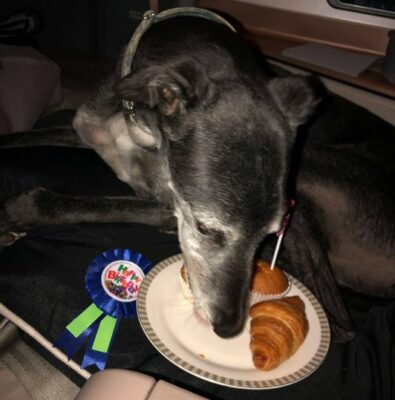