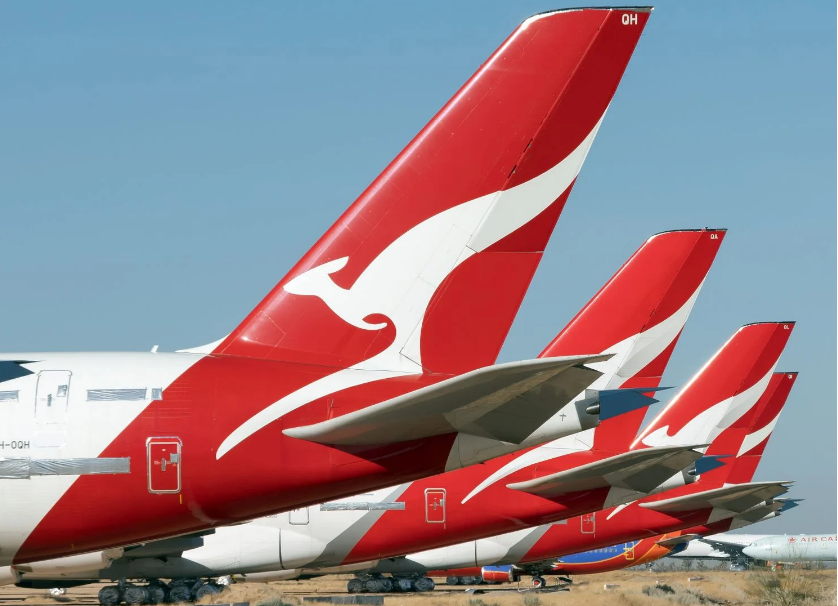 The staffing issues have crossed over to affect the Oceania continent. Australia’s national carrier Qantas has dropped to become the worst-performing airline in the country, and pre-emptively canceled 19 regional flights across Western Australia over the next four weeks.

Qantas has been the target of angry passenger complaints since early April over Easter when it was operating at 110% of pre-pandemic domestic capacity. Unfortunately, the busy Easter period fell apart when Qantas and Sydney Airport faced a plaguing issue that has presented itself in several airports in Europe and the US – staffing shortages.

While the anger from passengers wasn’t directed at Qantas due to canceled flights then, but more on the comments made by the airline’s head man, the national carrier has now fallen relatively short of delivering the scheduled flights. On June 17th, Qantas was again met with frustrated passengers who had to deal with last-minute cancellations, delayed baggage, and delayed flights that left stranded passengers missing their connections and sleeping on the floors of airport terminals. If this situation wasn’t bad enough, passengers have complained about being unable to get through the airline’s call center, and some even faced lengthy delays in getting their refunds that were promised in eight weeks, only never to receive them by that time.

Chief Executive Officer Alan Joyce had previously inserted confidence that Qantas would not let the Easter delays be repeated and that the July school holidays would present a much better situation. However, the pre-emptive cancellation of 19 regional flights suggests that this confidence is being shattered. The pre-emptive means that Qantas has already singled out 19 flights with low chances of being full and is looking to possibly relocate the affected passengers to avoid a severe last-minute cancellation.

Like the Easter period, Joyce had once again attempted to deflect some of the blame for Qantas’ recent problems onto the airports‘ poor management and staffing numbers. Regarding the delayed baggage, Joyce also said that it wasn’t on the part of Qantas but more because Brisbane and Sydney Airports suffered an IT outage. He said:

“This is an airport service issue, and that clogged up the system. We had to make the difficult decisions for flights to leave without bags, otherwise, you have a knock-on effect where there’s huge delays and a meltdown.”

On the contrary, Sydney Airport said that while it admits to the system outage, the Australian carrier’s staffing issues of shortages and inexperience further contributed to the delays. The airport said:

“Over the long weekend all of our security screening lanes were open and fully staffed but there were challenges with staffing at airline check-in counters. Our in-house baggage team is working closely with airline ground handling staff, many of whom are new to the airport, to ensure that contingency processes are well understood and the impact on passengers from any future outages is minimized.”

During the height of the pandemic, Qantas already faced massive backlash over its decision to terminate over 2,000 jobs, including several cabin cleaners, ramp workers, and baggage handlers. Till today, the airline still faces continued criticism, especially in dire times like this when it undoubtedly does not have the required workforce for its planned capacity.

Perhaps the worst criticism came when Qantas fired its employees only to contract their services to a third party, Swissport. However, the Federal Court in July 2021 ruled the national carrier breached the Fair Work Act by outsourcing about 2,000 ground crew jobs, with Swissport taking on most of the work. The oneworld alliance member lost its appeal against the court’s decision at the beginning of last month and planned to take the case to the High Court. If it fails again, the airline must pay a whale-sized compensation bill.

Left without a formidable short-term or even a long-term solution to its staffing problems, Qantas is asking its office employees to yet again assist and work the ground services ahead of the July holiday period, as it highlighted:

“As we have done in the past during busy periods, about 200 head office staff helped at airports over Easter undertaking tasks such as handing out water, queue combing and helping in the bag room. We are preparing to do the same over the July school holidays.”

It is currently uncertain if Qantas expects to carry out any more flight cancellations ahead of the pre-selected 19 regionals, although the damage to its reputation is pretty dented in. One would imagine that the unfortunate combination of problems that Qantas currently faces and Joyce’s comment on the airports and the result of stranded passengers were enough to bring the heat of criticism down on the national carrier. It also remains uncertain what other solutions Qantas has to solve its significant workforce shortage, considering the airline has yet to open any recruitment drive since the Australian aviation industry reopened to the world.