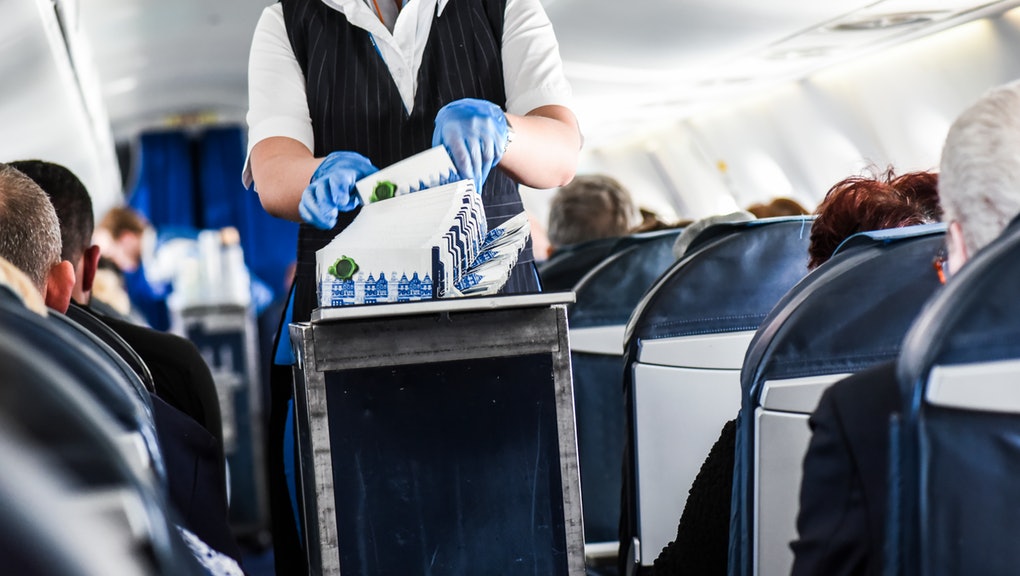 Qantas is the first airline to trial the world’s first ever flight to produce no landfill waste as they embark on a mission to cut out the use of 100 million plastic items from its planes by next year (2020).

The flight departed from Sydney and arrived in Adelaide last week and was represented as a “significant day” for aviation. A flight on this route would usually produce around 34 kilograms of waste, contributing to 150 tonnes of waste annually. The trial involved meal containers made out of biodegradable packaging made from sugar cane, cutlery made from crop starch and paper cups. These products can then be turned into compost and used in gardens and farms across the country. Any plastic items such as bottles or any paper items will then be collected and recycled. The customers weren’t aware of the change of packaging until boarding the flight but didn’t notice a change to the regular service – the food was served at the appropriate temperatures and on time.

The airline currently produces the equivalent of “80 fully-laden Boeing 747 jumbos” per year in waste across its Qantas and Jetstar operations.

The cabin crew see this waste every day. The amount they see was described as ‘kind of sickening’ by a member of the cabin crew. The Qantas Airlines cabin staff see the amounts of waste produced across a single flight and understand the impacts this is having on the environment.

Andrew David, the CEO of Qantas’ domestic arm, said “Our shareholders are demanding we do more to address our environmental footprint.”

The cost of switching to biodegradable materials will not affect Qantas’ customers as this is something that needs to be put into place for the environment. Qantas know they will be reducing their costs over the long term so are willing to take a short term risk. By 2020 they are hoping to notice a massive change in waste volumes and are excited to see the difference and impact this has on the environment. Hopefully this will encourage other airlines to follow suit!

Click the below link for the original article and for more information regarding this subject: