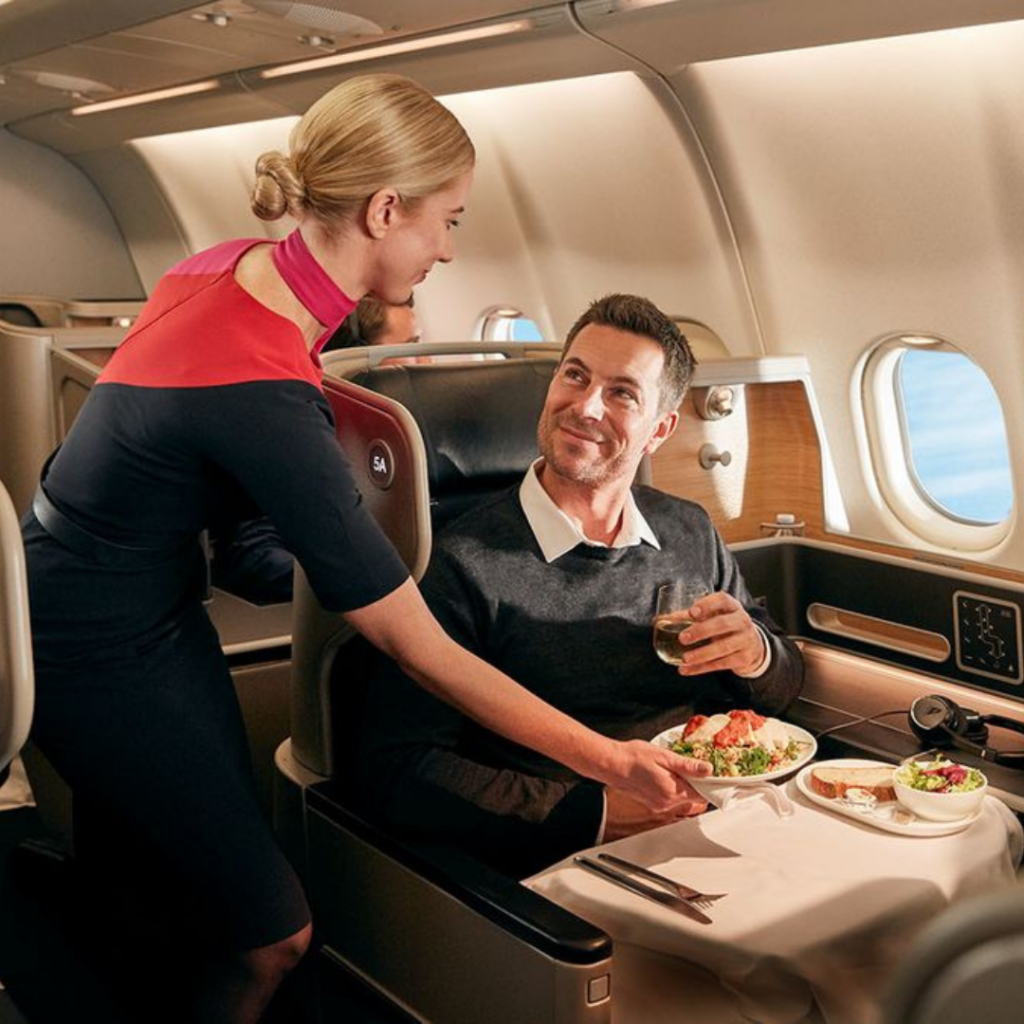 Meat-free burgers, bolognese and schnitzels could be on the menu at Qantas lounges and onboard flights by the end of this year, with the airline developing a range of dishes using artificial meat designed to look, smell and taste like the real thing.

“We’re doing a lot of menu planning for the future in the next month, and I think in the next six months we’re hoping to launch some things” Qantas chef Neil Perry tells Executive Traveller.

“We’ll have a complete plant-based dish on each of the menus and we’ve also started looking at plant-based meats like Beyond, Impossible and V2, which is an Australian product.” 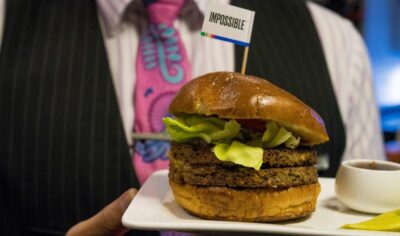 US startup Impossible Foods is a hero of the booming ‘fake meat’ industry. Its Impossible Burger has already been rolled out by Air New Zealand, American Airlines – as a vegan alternative to its Flagship Lounge Burger – and Delta Air Lines.

Perry has also partnered with home-grown V2 Food at his Margaret Restaurant in Sydney’s Double Bay to add more plant-based items to a fine dining menu already strong on sustainability, “and we even do meals at home with V2 at the moment… out of our five family meals a week, we’ll have at least two that don’t have a meat or fish protein base.” 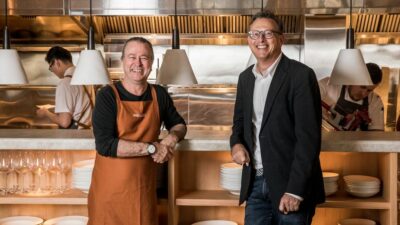 Backed by Australia’s CSIRO, V2 has also been making inroads to the mainstream, from Hungry Jack’s flame-grilled Rebel Whopper burger to the shelves of Woolworths and Coles supermarkets (alongside competitors Impossible and Beyond Meat).

“We’ll decide which company we’re going to go with how that’s going to affect the menus going forward from next year,” Perry says.

But carnivores need not panic: this doesn’t mean the end of the business class steak sandwich or the economy choice of ‘chicken or beef’.

“I don’t think we’ll ever cut meat out of our diet and I don’t think we should. In my view it’s just about balance and changing people’s perception of how much meat they have to eat.” 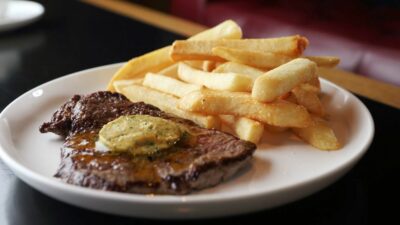 Are you ready for ‘fake steak and chips’ at the Qantas First Lounge?

Humans are “kind of hardwired to eat meat,” Perry reasons, “so getting people to eat more plant-based meats and realise how delicious they are, and that they kind of (satisfy) that meat craving is a way to get that balance… we can give people the pleasure and satisfaction of eating a meat meal.”

Perry’s artificial meat menus will build on the airline’s introduction of plant-based meals across all cabins from November 2021, reflecting a growing trend towards healthier lifestyles – especially on long overseas trips where you’re sitting for hours end.

It’s certainly welcome news for the legion of vegans and vegetarians who too often get the short end of the celery stick when it comes to inflight meals.

But plenty of flesh-eaters are simply becoming more aware and, dare we say, more mindful of their diet – including adopting ‘meat-free Monday’ (reportedly created by Paul McCartney in 2009) to help balance out the remaining six days of the week.

Visitors to Qantas’ airport lounges could be the first to sample the airline’s fake meat menu because “we have an opportunity in lounge to be a bit more nimble and bring things in faster (than on flights),” Perry explains.