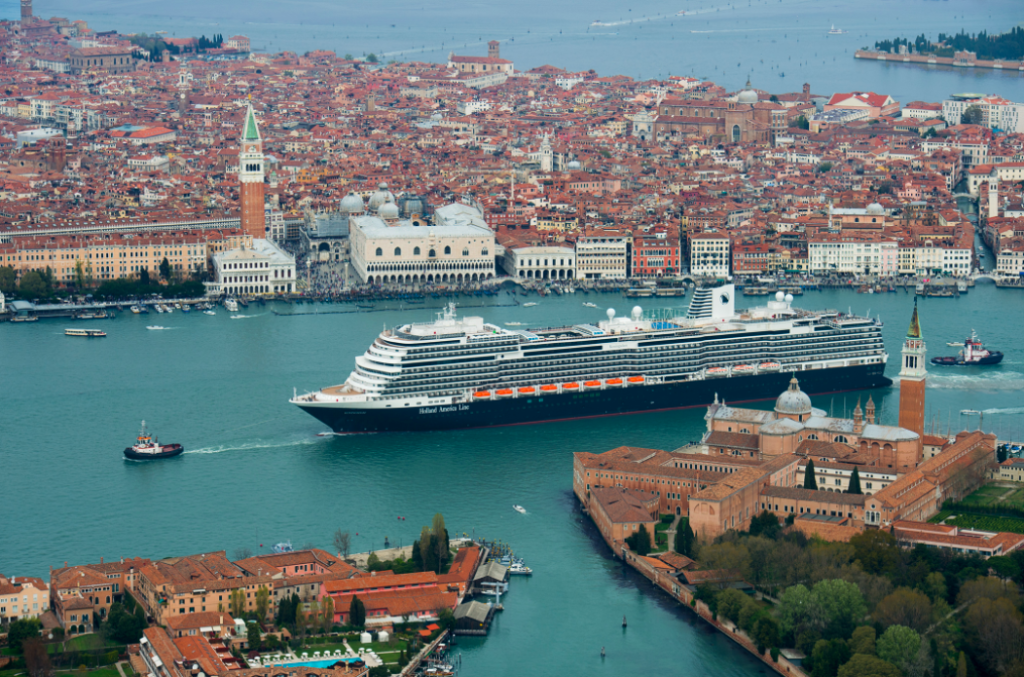 Italy’s cabinet has declared Venice a national monument and will stop vessels weighing more than 25,000 tonnes from entering from 1 August 2021.

“From August 1, large ships will no longer be able to reach Venice through the St Mark’s Basin, the St Mark’s Canal or the Giudecca Canal,” said infrastructure minister Enrico Giovannini.

Cruise ships that weigh more than 25,000 tonnes, measure more than 180 metres long or more than 35 metres high will be barred from the lagoon.

Earlier this year, the Italian government had announced that it was planning to ban large cruise ships from the Venice lagoon but, much to the frustration of environmentalist groups and campaigners, no concrete timeline had been set.

According to an article in The Guardian, cruise companies will have to omit Venice from their itineraries until the industrial port of Marghera is repurposed for passenger use. A commissioner has been appointed to fast-track the project, which would ordinarily take about six months. A call for bids for the construction of a terminal equipped to take ships weighing more than 40,000 tonnes was published at the end of June.

In June, UNESCO drafted a recommendation to add Venice to its list of World Heritage in Danger, including the presence of cruise ships in its reasoning. The move to ban large vessels from Venice comes just days before UNESCO was due to review the issue.