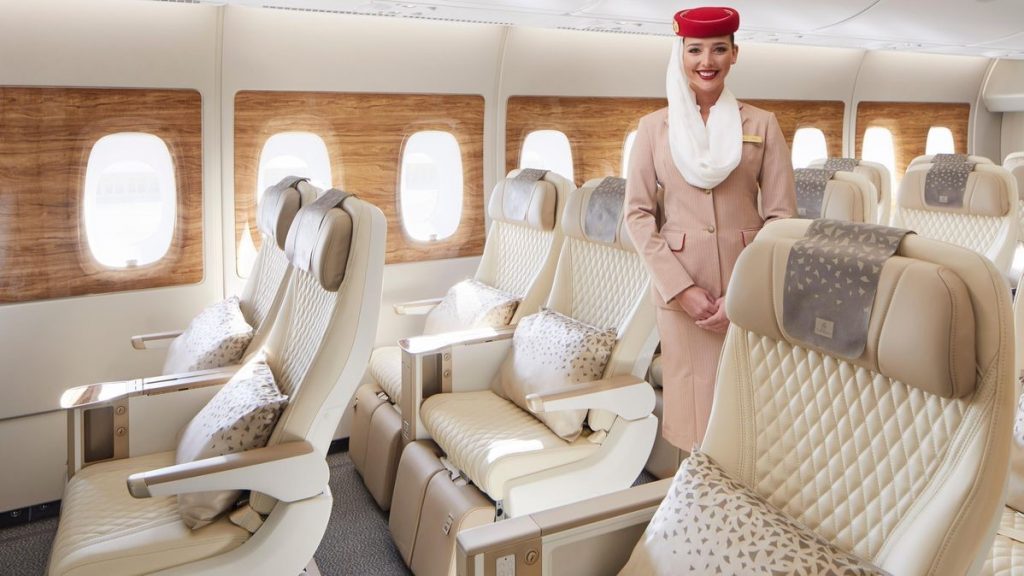 Stuck in economy and fancy a complimentary bump-up to a much better seat?

Following the launch of its premium economy ‘sleeperette’ seats, Emirates is making free upgrades available to selected economy passengers. Why not sell those superior seats? That’ll come later this year, when the airline has more aircraft with a premium economy cabin.

To date only a single factory-fresh Airbus A380 features the new premium economy seating, although it’s expected to make its way onto other superjumbos in a retrofit process. But until the premium economy fleet reaches what Emirates President Sir Tim Clark describes as “a viable number of seats in our inventory to bring to market,” Clark says “we plan to offer the Emirates premium economy experience as a complimentary upgrade to valued customers.”

If you’re flying in Emirates economy class over the coming months, how can you tell if you’ve got a shot at that free bump-up to a better seat?

First of all, you’ll have to be on an Emirates Airbus A380 – premium economy won’t be fitted to the airline’s single-deck Boeing 777 jets. And of course, that A380 will need to be one of the few (indeed, at the time of writing, just the one) with premium economy. Most of Emirates’ Airbus A380s will see premium economy nestled into the front of the lower deck, replacing economy class from rows 33 to 40. In this configuration, economy seating will start at row 52, so the seatmap for your specific flight will indicate if you’re in one of the rare four-class superjumbos. Emirates may also fit premium economy to some of its A380s which lack first class, in which case premium economy will be located at the front of the upper deck, where first class typically sits (or, in the case of existing two-class A380s, the first section of the economy upper deck cabin).

The airline has said its first A380 with premium economy will moved around its global network rather than locked into a single route, in order to showcase the new seats. However, at the time of writing, it was flying daily between Dubai and London as EK003/EK004 – although this could change based on how UK travel lockdowns might impact bookings. Should you find yourself booked an Emirates Airbus A380 which has premium economy, how do you go about getting one of those free upgrades?

While an Emirates spokesperson declined to comment beyond saying that upgrades would made available to “valued customers”, Executive Traveller understands that complimentary upgrades will be offered to

If you’re not on that list, there’s still no harm in asking when you check in for your flight or even phoning the call centre ahead of time to express your interest in trying the new seat and putting in a request.

(As the saying goes, the worst that can happen is you’ll be told “No.”)

That said, the Emirates spokesperson told Executive Traveller that a number of factors are taken into consideration for the complimentary premium economy upgrades, including not only “customer value” but other operational factors such as the crew complement and catering.