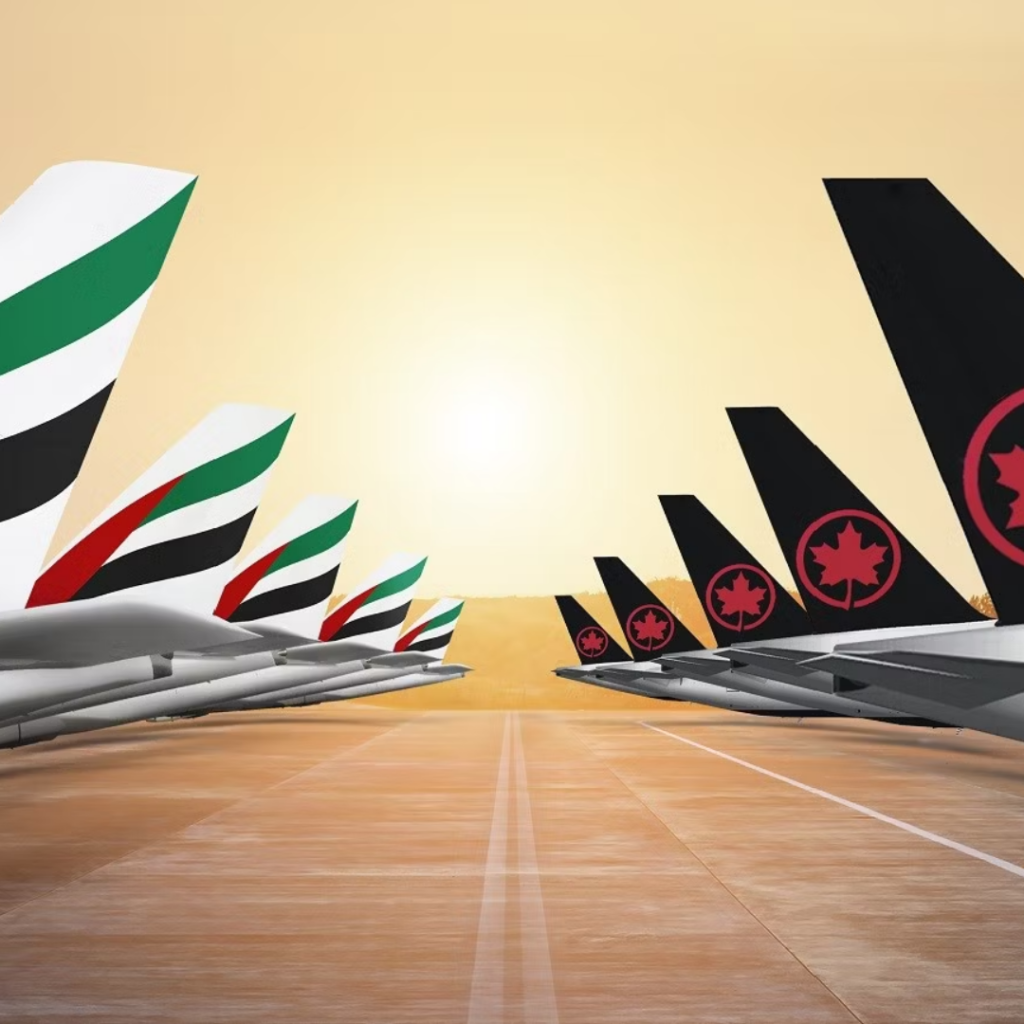 As global air travel rebounds in earnest over the summer, airlines are looking again toward establishing strategic partnerships with colleagues across the world. On Tuesday, Gulf carrier Emirates and Canadian national airline Air Canada announced they intend to establish a codeshare agreement later this year, providing both airlines’ customers with enhanced options when traveling on the two carriers’ networks.

As is the norm for codeshare agreements, travelers will be able to book destinations throughout Emirates and Air Canada‘s networks on a single ticket, facilitating a smoother customer experience throughout the journey. The exact routes that will be included in the agreement have not yet been announced other than that it will “offer enhanced consumer travel choices for Air Canada customers to travel to the United Arab Emirates and to destinations beyond Dubai.”

For Emirates’ passengers, the same is true when “traveling to Toronto or to key destinations across the Air Canada network.” Sir Tim Clark, President of Emirates, commented on the announced partnership with the Dubai-based carrier’s Canadian counterpart,

“This is a significant partnership that will enable our customers access to even more destinations in Canada and the Americas, via our Toronto and US gateways. It also opens up many new route combinations for travelers across Emirates’ and Air Canada’s extensive networks in the Americas, the Middle East, Africa and Asia. We are pleased to partner with Air Canada, one of North America’s most established airlines and Canada’s flag carrier and we look forward to jointly progressing on various areas to provide even better customer flight choices and experiences.”

The codeshare will offer travelers a single ticket, ease of connections at the carriers’ respective hubs, and baggage transfers all the way through to the final destination. Moreover, the two airlines will establish reciprocal frequent flyer benefits and lounge access. The exact details will be announced when the agreement is finalized and will be subject to regulatory approval.

“As we continue pursuing our strategy of expanding our global reach in response to growing opportunities in VFR markets (Visit Friends and Relatives) that serve Canada’s large multicultural communities, we are very pleased to form a strategic partnership with Emirates, a highly respected flag carrier of the United Arab Emirates with a hub in the vibrant city of Dubai. This strategic agreement will create network synergies, and Air Canada customers will have additional, convenient options when travelling between Canada and the United Arab Emirates as well as destinations beyond Dubai”

Emirates is not a member of any airline alliance but has established partnerships with carriers from all three global alliances, but also alliance-free Air Canada compatriot WestJet. The Dubai-based A380 and 777 operator extraordinaire operates to 130 cities on six continents. Meanwhile, Air Canada is a member of Star Alliance. The Canadian flag carrier flies to 51 domestic airports, 51 cross-border destinations, and 86 beyond North America.